From July to April each year the Society arranges a series of talks  held in Fowey, Bodinnick and Polruan. These are open to all and Members have reduced price entry.

If  meetings are  not possible due to restrictions,  talks will be held online.

Saturday 11th December via Zoom. "The Vikings in the South West" by Dr Derek Gore. 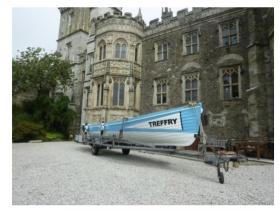 A History of Cornish Gigs

Contact: Buy tickets at the door or in advance https://buytickets.at/foweyharbourheritagesociety/650306, or contact treasurer, Andrew Gardner 07769977116 or andrew@gardner.be


These 6 oared boats have a particular link with Fowey, are a much loved sight on our waters and many have been built in Fowey and Bodinnick. Anne is secretary to the Cornish Pilot Gig Association and she will be joined by gig builders Peter Williams, Maurice Hunkin and Louis Hunkin

The Cornish Miners of WW1 by Ken Johns

Cost: £5 for FHHS members, £8 for non members. Admittance will be ticketed at the door.

The talk is about the authors book ‘Battle Beneath The Trenches’, an authentic previously
untold story about 221 Cornish Miners who were specifically selected by the Royal
Engineers to fight in the trenches in WW1. These Cornishmen became the 251st Tunnelling
Company RE, and after its formation in Hayle, was posted with haste to the Western Front.
Their story was one of enormous success, probably the most successful Tunnelling Company
on the Western Front; certainly they were recognised by Field Marshall Haig in his reports to
the War Office, possibly the only Company to ever achieve such recognition. The feat is even
more remarkable in that they were billeted at Bethune for much of their time, one of the most
hostile areas in the First World War. The talk covers the story of these men from its
formation to its disbandment in February 1919.
Ken Johns is a retired businessman who has spent many years working closely with Military
Authorities worldwide, undertaking many research projects on their behalf. He was born in
Cornwall and comes from a long line of underground tin miners. On discovering that his
grandfather had been a tunneller in the Great War, he researched extensively into his
grandfather’s life, and using many authenticated records and archives, he has traced the
history of the 251st Tunnelling Company from its establishment to demobilisation. 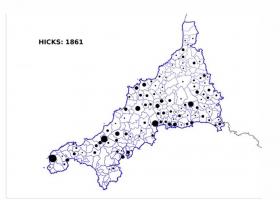 Surnames of the Fowey Valley, a talk by Dr Bernard Deacon

What do our surnames mean? When did they appear? What can they tell us about past times in Cornwall?
These questions will be answered with special reference to Fowey and district.
Bernard is a noted expert on Cornish history and recently retired from The Institute of Cornish Studies, University of Exeter.